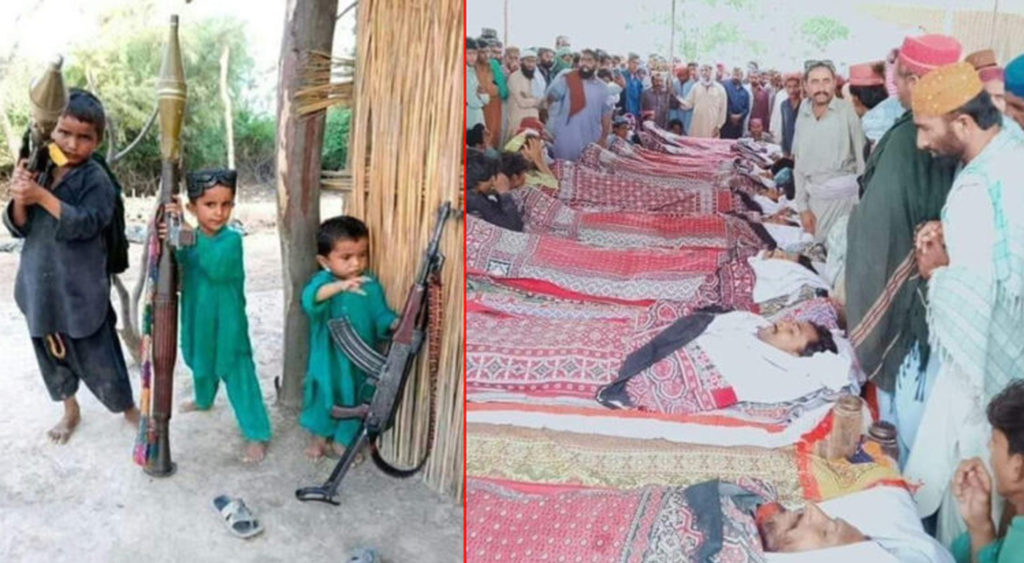 You kill my brother, I will kill you. If you kill me, you will be killed by my son and my son will be killed by your son. This trend is continuing for centuries as a result of tribal disputes which claimed several lives in the country.

This tradition is common not only in Sindh but also in the tribes of Balochistan, Punjab and Khyber Pakhtunkhwa and other areas of the county where traditional enmities last for many generations, even the families of families are wiped out but the enmity remains with full spirit, while police and other law enforcement agencies appear to be completely helpless in dealing with the situation due to political influence.

At least 10 people were killed in a shootout between two rival groups in the riverine area of Kashmore district on Saturday night. According to police sources, Chachar tribesmen had planned an attack on the Sabzoi tribesmen in the riverine area, situated in the limits of Durrani-Mahar police station, over an old dispute however, they were themselves ambushed.

As a result, 10 people on both sides have been killed on the spot and several others sustained injuries. Larkana DIG said initial reports suggested that seven Chachar and two Sabzoi tribesmen were killed during the shootout. However, this had yet to be verified, DIG Nasir Aftab Pathan added.

Reasons behind the clash

DIG Nasir Aftab Pathan said Sabzois had attacked Zaman Chachar village previously and the recent clash had seemed that taken place against this backdrop. He said Initial reports indicate that Chachars were planning an attack on Sabzois to settle the score over some cattle stolen from their village. However, Sabzois got wind of it and ambushed Chachars.

Kashmore senior superintendent of police Amjad Ali Shaikh explained that Takkar Sabzoi and Ali Gohar Chachar led several gangs of criminals and they carried a head money of Rs0.8m and Rs1m, respectively. The SSP claimed that the dead also had a criminal record.

Sources said the law and order situation remained volatile in the area as the intermittent firing continued to be reported till early morning Sunday. The Chachar-Jagirani tribal feud has raged in Kandhkot since 2015 which has claimed a number of innocent lives.

The feud group enjoys political patronage as the Jagiranis are supported by Mir Abid Sundrani, who is the local MPA, while the Chachars were backed up by Hafiz Rab Nawaz Chachar, who is the JUI-F candidate.

In the tribal areas of Sindh, Punjab, Balochistan and Khyber Pakhtunkhwa, cases of transactions, wills, divorces, engagements, murders and seditions are not decided by the judiciary. Rather, it does a panchayat or jirga A jirga is a traditional assembly of tribal leaders who are the elders – they make all the decisions by consensus and according to the teachings of their ancestors.

This tribal cultural meeting of the tribal leaders upon which their society is based is one of the oldest democratic systems known to man. The Jirga can constitute from up to four men to 1000 men. All the decisions, issues, and talks are discussed in these meetings.

A tribal cultural system that predates modern-day written or fixed laws and is conducted to settle disputes among the tribal people’s primary purpose has been to prevent tribal war.

In 2017, the Pakistani government passed The Alternative Dispute Resolution Act, 2017 Pakistan aiming to integrate jirgas into the formal justice system. In a January 2019 petition from the National Commission on the Status of Women (NCSW), the Supreme Court of Pakistan restrained jirgas up to permissible limits of the law to the extent of acting as arbitration, mediation, negotiation or reconciliation forums between parties involved in a civil dispute, amidst continued reports of widespread flouting of constitutional norms and human rights.

While in January 2019 Supreme Court of Pakistan adjudicated against unlawful practices in Jirgas and Panchayats, in July 2019 Prime Minister of Pakistan, Imran Khan expressed his government’s commitment to the continuation of the Jirga system.

All over the country, including Sindh, there is a feudal ‘vadera shahi’ system in the tribal areas where the police are helpless in front of the tribal leaders and in most cases the police themselves participate in illegal jirgas. In the tribal areas, if there will be no food in the houses no matter but weapons will be available. The availability of modern weapons caused severe enmity among the tribal people.

In 2018, the government had issued a notification removing a ban imposed on the issuance of non-prohibited arms weapons licenses. The notification is good news for the militant elite, hardcore criminals, terrorists and gun-toting goons, who are the most likely recipients of the weapons. Certainly, the lethal weapons will multiply the probability of violence, terrorism, lawlessness and tribal conflicts across Pakistan.

In 2019, in Kashmore district, around 10 people of the Teghani tribe, equipped with sophisticated weaponry, attacked the village of Jan Muhammad Bijarani and killed a person of the Bijarani tribe.

It was not the first attack but from 2014 to date, many more deadly assaults and counterattacks with rocket launchers and guns have occurred between the two tribes, which have claimed the lives of around 38 people.

Hundreds of other tribal clashes have occurred among several tribes in the interior Sindh. What makes the conflicts most devastating is the unlimited possession of guns by the people.

De-weaponisation a need of the hour

In fact, the proliferation of weapons weakens the authority of the state. Criminals and feudal in possession of arms challenge the writ of the state and the state becomes toothless before them.

In Pakistan, hundreds of rural and urban private militias and groups, maintained in gross violation of Article 256 by its militant elite, have been operating with complete impunity.

First of all, arms should be withdrawn from the tribes as children in the areas are seen holding arms instead of books and pens. Pakistan should also introduce a nationwide de-weaponization initiative for the surrender of all unlicensed weapons.

On the other hand, jirga, the traditional assembly of tribal leaders, is a source of the despites by forcefully imposing their wrong and injustice decisions. The Supreme Court has declared jirgas illegal and it is the job of the police and administration to carry out court orders.

All those who lost their lives in the Kashmore incident are indebted to the state and now the state should fulfill its duty and bring those responsible for the incident to justice and also make those who promote this game of bloodshed a lesson. 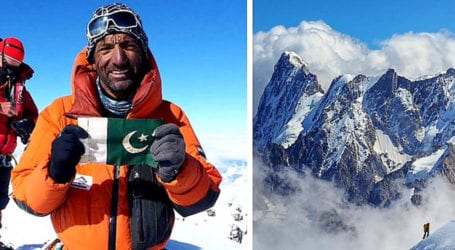 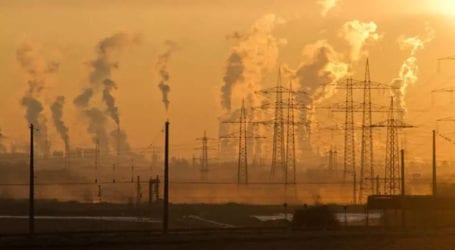 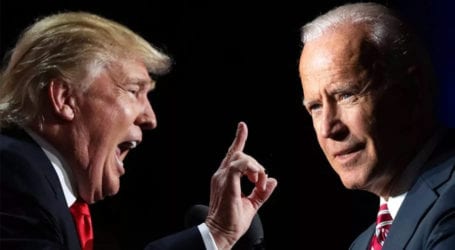