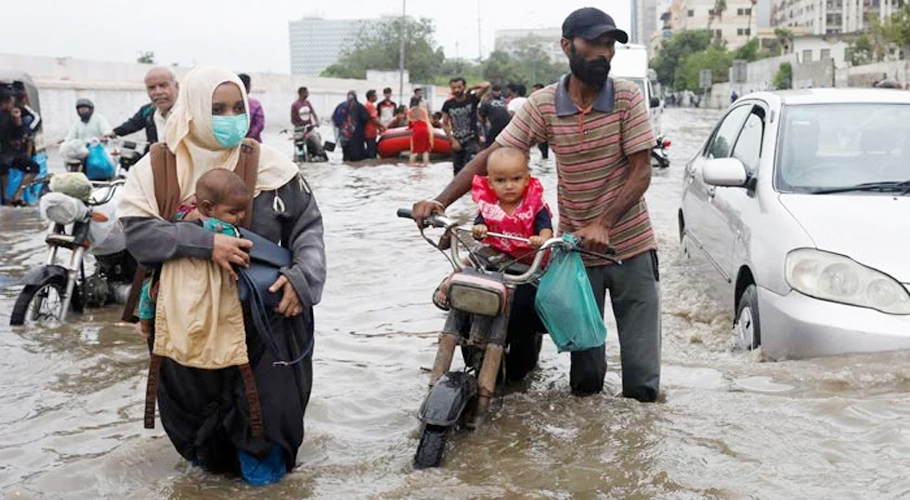 A family wades through a flooded road during the monsoon season in Karachi, Pakistan. —Reuters
July 24, 2022

KARACHI: Parts of Karachi on Sunday have received light to heavy rains with more downpours expected over the next three days. Pakistan Meteorological Department (PMD) on Sunday issued rain alert for Karachi saying that the monsoon spell will remain in the city until July 27.

The Met Office further said that continuous rainfall in Karachi could exert pressure on Hub Dam that has already filled to its capacity.

Earlier, The Met Office said under the influence of the news system, Karachi was expected to see widespread rain-wind/thunderstorms with scattered heavy and very heavy falls.

Heavy or very heavy rainfall may generate urban flooding and water-logging in low-lying areas of Karachi, Hyderabad, Matiari, Thatta, Badin, Mirpurkhas, Umerkot, Tharparker, Larkana, Sukkur and other districts of Sindh during the forecast period, it added.

Karachi Administrator Murtaza Wahab said it had been “raining constantly” in Karachi since early morning.

Its been raining constantly in Karachi since early morning. However the situation so far has been under control. All main roads and underpasses remain clear for traffic. Water piled up on the side of the roads will be brushed out

“However, the situation so far has been under control. All main roads and underpasses remain clear for traffic. Water piled up on the side of the roads will be brushed out,” he said.

Separately, Additional Inspector General of Police Javed Odho directed all field commanders to remain within their areas during the rainfall.

Officers posted in the operations and traffic department were directed to remain in their assigned areas, a handout issued by Karachi police said. 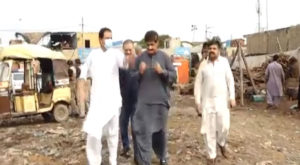 Murad Ali Shah visited I. I Chundriagar Road and other areas and inspected the rain nullah. Speaking on the occasion, the Sindh CM said his government will not let people suffer in this rainy season and all efforts are being utilized to drain out the rainwater.

He advised the masses not to come out of their homes until important work. Avoid taking monsoon spell as a picnic, he added.

Amid heavy spell of rainfall and waterlogging in multiple areas of Karachi, the administration of the People’s bus service announced to suspend the service across the city. Peoples Bus Service is currently operating on three routes in the port city, with the Sindh government aiming to launch bus service on six other routes.

According to details, the areas including Korangi, Saddar, Malir, Gulshan-e-Hadeed and others being covered by the recently launched bus service witnessed heavy intermittent rain, resulting in suspension of the service.

“The People’s Bus Service has been suspended at all routes in Karachi,” a message from the administration of the bus service said. 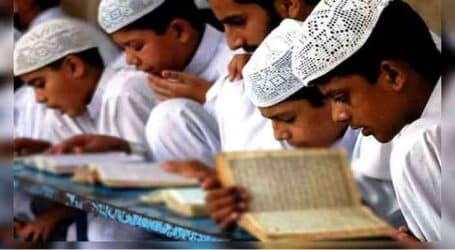 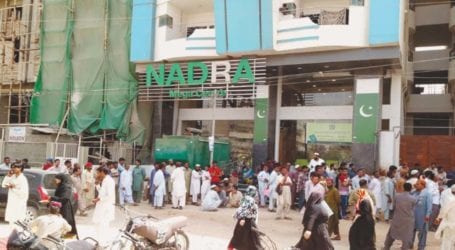