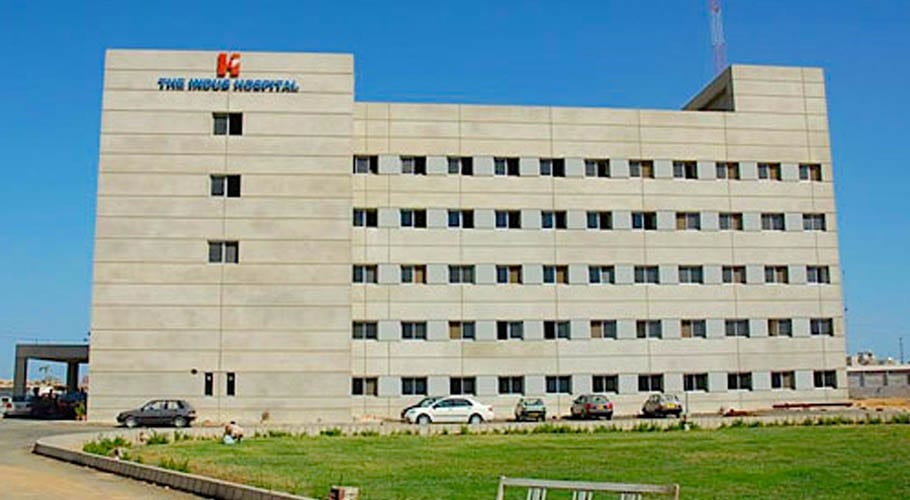 KARACHI: Indus Hospital has clarified reports in various sections of the media that it was involved in $4.2 million fraud in a grant to eradicate tuberculosis, calling them “misleading, exaggerated and not based on facts.”

A letter by Chief Executive Officer Indus Hospital Abdul Bari Khan said since 2007 the hospital has been one of the leading names in managing TB programs from its own resources. In 2011, it became the sub-recipient of the Global Fund TB grant.

Indus Hospital was awarded the principal recipient role of The Global Fund TB grant in 2016. The Switzerland-based Global Fund is a partnership designed to accelerate the end of AIDS, tuberculosis, and malaria epidemics.

It clarified that the Global Fund’s Office of Inspector General (OIG) carries out audits to ensure compliance in relation to good practices. “At times there are certain procedures and related expenses which may require necessary explanations based on ground realities. These observations about procedures or expenses are not to be interpreted as fraud,” it said.

The draft report issued by OIG highlighted certain aspects with respect to the procedures followed by The Indus Hospital duly approved by The Global Fund Pakistan country team. The report published in media is still in draft form and yet to reflect the feedback of various stakeholders including the government of Pakistan.

It also clarified media reports the Global Fund has discontinued all its grants to the hospital, adding that it continues to be the principal recipient of the Global Fund grants in Pakistan with an increase of scope from 18 to 36 districts and budget. It emphasized that it has “zero tolerance policy towards fraud, waste and abuse”.

An international financing and partnership organization, The Global Fund, has claimed that Indus hospital had committed a $4.2 million procurement fraud in a grant to eradicate tuberculosis (TB).

As per the Global Fund’s Office investigation report, the procurement activities were committed between January 2016 and December 2018. It uncovered $4.2 million in non-compliant expense, the Fund said

As per the report, it has disbursed over $697 million to Pakistan since 2003, and is the country’s biggest donor for HIV/AIDS and TB. “The Global Fund strongly condemns the acts of fraud committed by The Indus Hospital TB Program,” the organisation said.

It said it had cut off the funds to Indus Hospital as of December 31, 2020, and was transferring activities to other organizations to ensure lifesaving TB programs continued uninterrupted, adding that Pakistan has made progress in the fight against malaria, but significant challenges remain in TB and HIV. 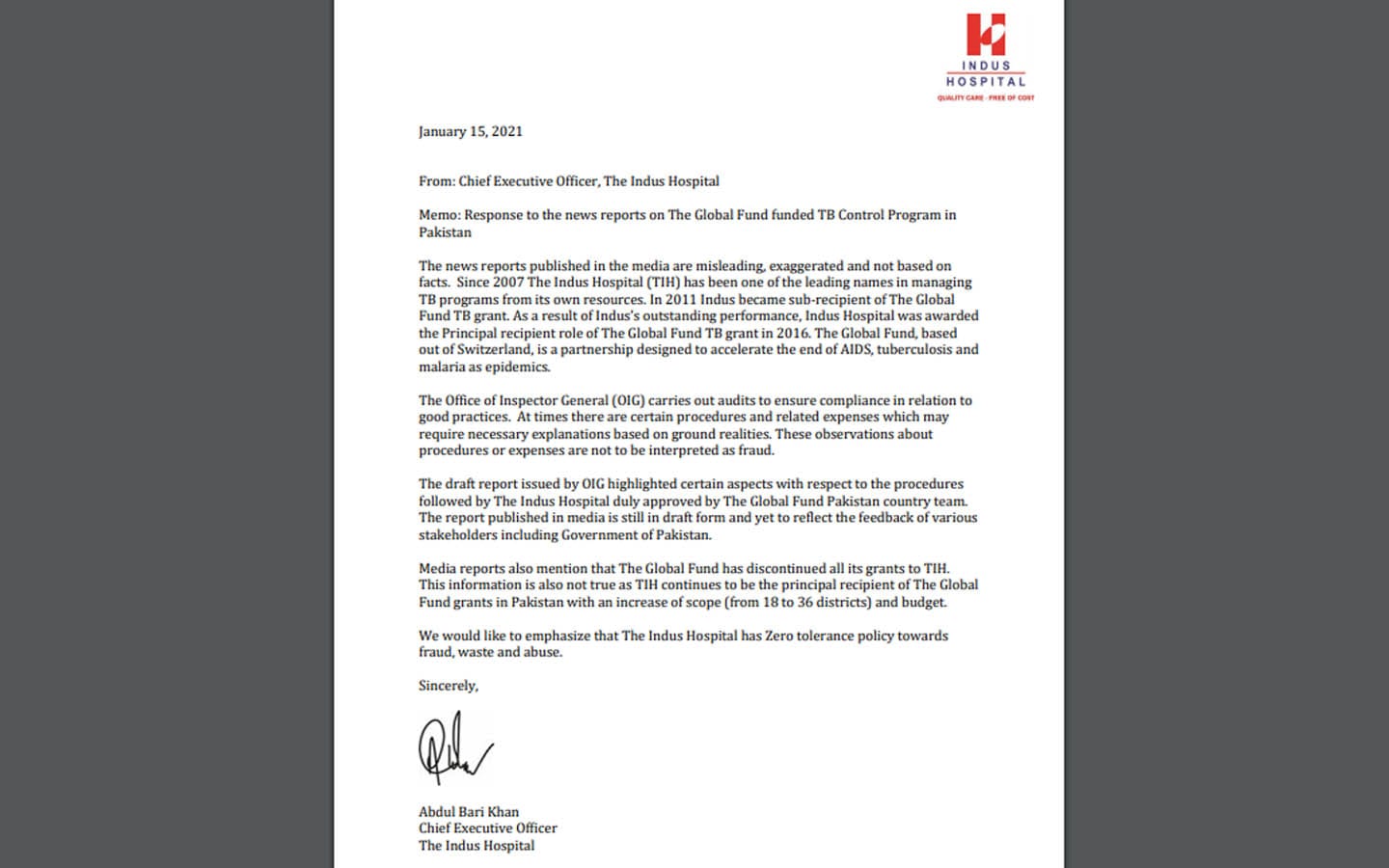 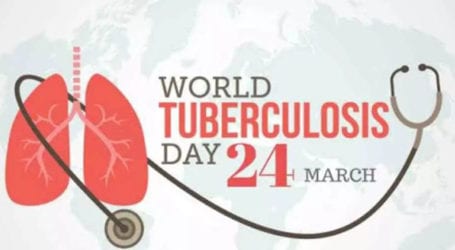 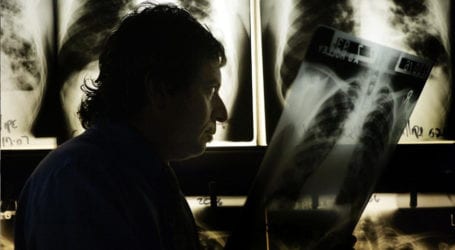