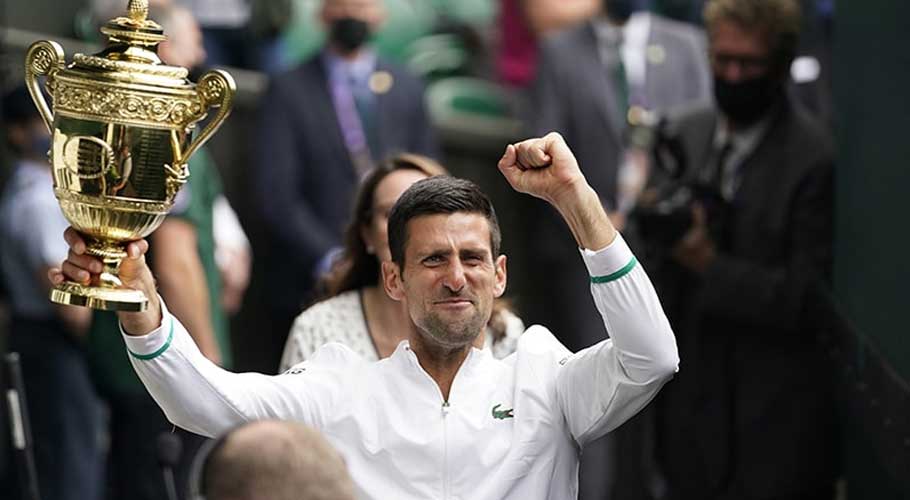 The world number one triumphed 6-7 (4/7), 6-4, 6-4, 6-3 to move level on 20 majors with Switzerland’s Roger Federer and Rafa Nadal of Spain. His win also put him three-quarters of the way to the first calendar Grand Slam of all four majors since 1969.

A sixth victory at the All England Club for Djokovic added to his nine Australian Opens, two Roland Garros titles as well as three at the US Open. Should he win a fourth title in New York in September, he will become just the third man in history after Don Budge (1938) and Rod Laver (1962 and 1969) to complete the calendar Grand Slam.

The 34-year-old opened a 5-2 lead in the first set with an early break but the Italian fought back to force a tiebreak which he clinched to draw first blood. It was only the second set the Serbian had lost in this year’s championships.

He reacted by racing to a 4-0 lead in the second set before going on to level the match. A single break of serve in the third and two more breaks in the fourth were enough for Djokovic to close out the contest.

“I could definitely envisage that happening and I hope I will give it a shot. I’m in great form and played well and having my best form at Grand Slams is my number one priority,” said Djokovic.

He also praised the Italian Berrettini and said, “It was more than a battle. He is a true Italian hammer. I felt it on my skin.”  Of sharing the record with Federer and Nadal, he said: “It means none of us three will stop. Roger and Rafa are legends, they are the reason I am where I am today. 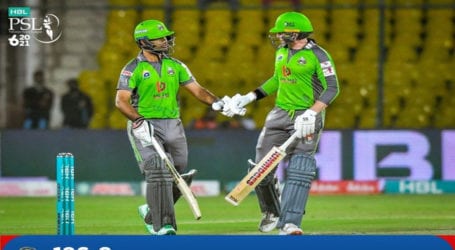 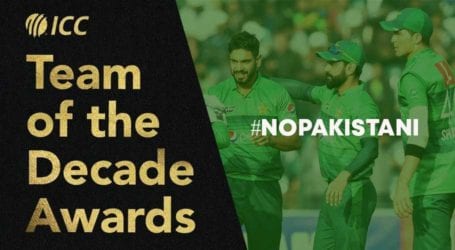 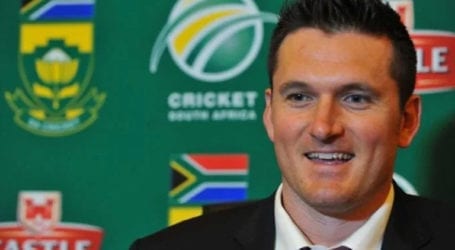