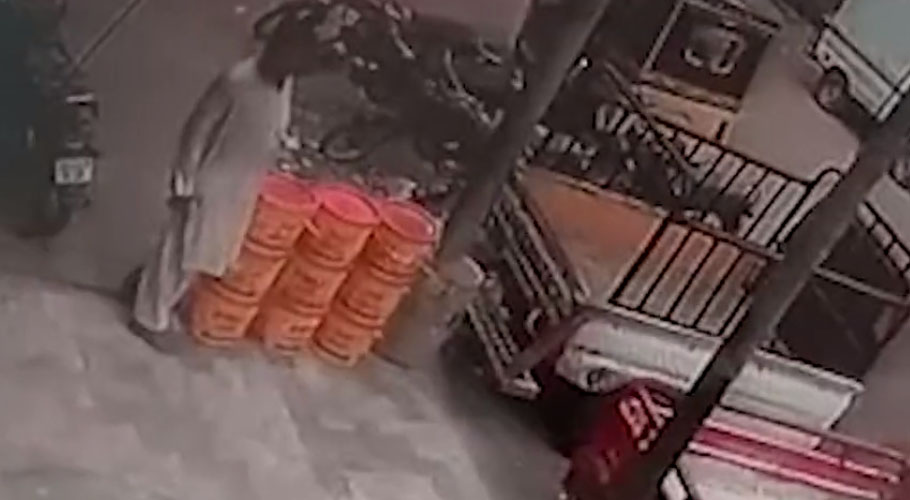 The man can be seen taking away the ghee buckets. Source: Twitter.
June 19, 2022

KARACHI: A video of a man stealing ghee buckets from outside a shop in Karachi has gone viral on social media.

In the footage, the man can be seen taking away the buckets as he tries to avoid the watchful eyes of the shopkeeper in Lines Area. As soon as he gets a chance, the man steals two cans of ghee. He can be seen taking two more cans shortly. No case has been registered over the incident.

The sharp rise in prices of basic necessities has increased desperation among people. Citizens have blamed the rising price of edible oil and ghee for the reason behind such acts.

In another incident, a gang stole eggs, bread, and cake rusk along with cash and mobile phones from a bakery in the Garden area of Karachi.

Armed robbers reached the bakery on a bike and a rikshaw and conducted the robbery for 15 minutes. The criminals entered the bakery, held the owner and employees hostage and took their phones and wallets.

The CCTV video of the incident shows a gang member stealing eggs, bread, cake rusk, and butter from the bakery before dashing off. One robber can be seen stealing cash from the counter while the other grabs other items. The owner claims the same gang has robbed the bakery multiple times.

Buckets of ghee kept outside the shop in Lines area were stolen.#Karachi pic.twitter.com/pvL4X8a6C2 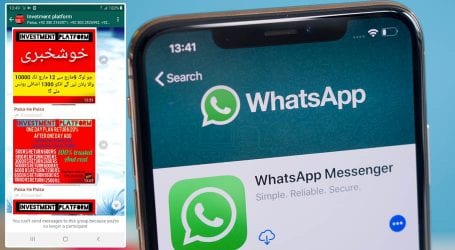 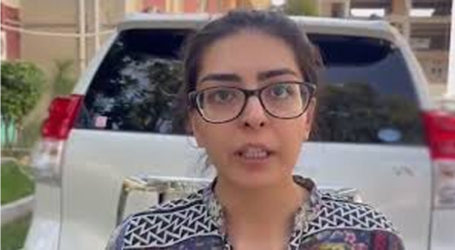 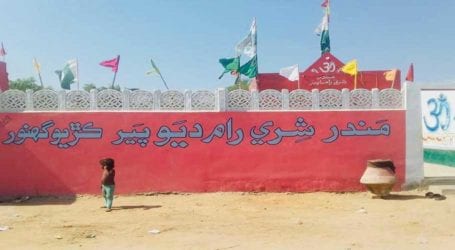