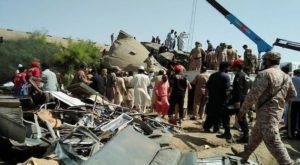 LAHORE: Pakistan Railway has announced compensation for those who died or sustained injuries during the train accident in Ghotki on Monday. A spokesman for the Pakistan Railways announced that the Railways will pay Rs1.5 million to each victim of the