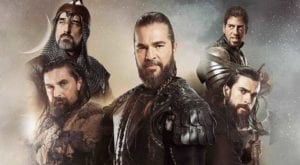 ISLAMABAD: The state-run channel, Pakistan Television (PTV) has reportedly earned a huge profit of Rs 42 million from the broadcast of the Turkish series, Dirilis Ertugrul. According to reports by fashion magazine Diva, PTV has earned immense profits from its