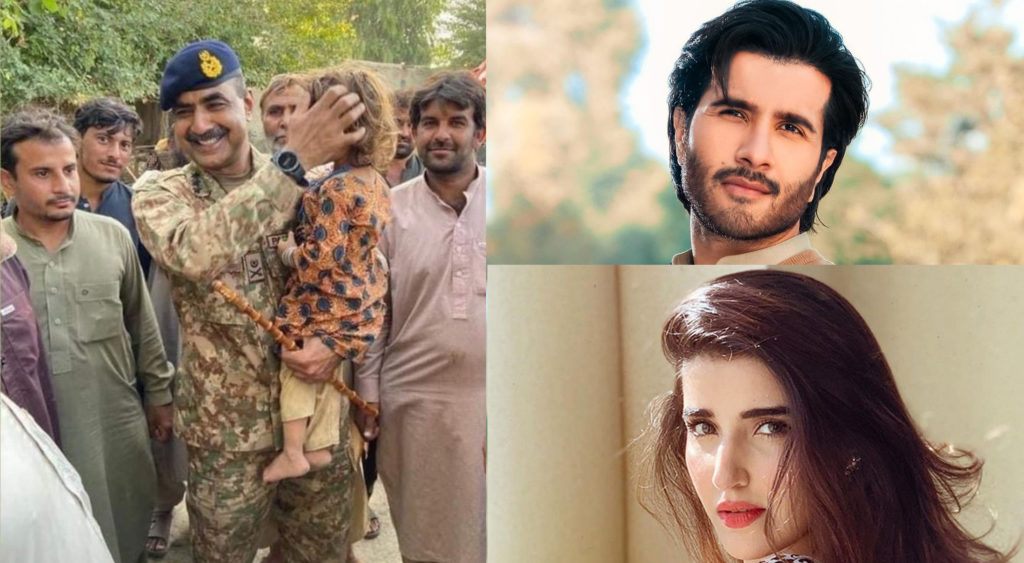 The nation was left heartbroken after the news of a military helicopter carrying six people, including a top general crashed during a flood relief operation in southwestern Baluchistan province.

The aviation helicopter was supervising relief activities in Lasbela district, about 500 kilometers south of the provincial capital, Quetta when it lost contact with air traffic control.

Lieutenant General Sarfraz Ali, regional corps commander, and Brigadier Amjad Hanif Satti, director general of the Pakistan coast guard, were among those on board the missing aircraft.

Like all Pakistanis, our celebrities were also heartbroken over the news and mourned for the Shuhada. Let’s have a look at what they posted: 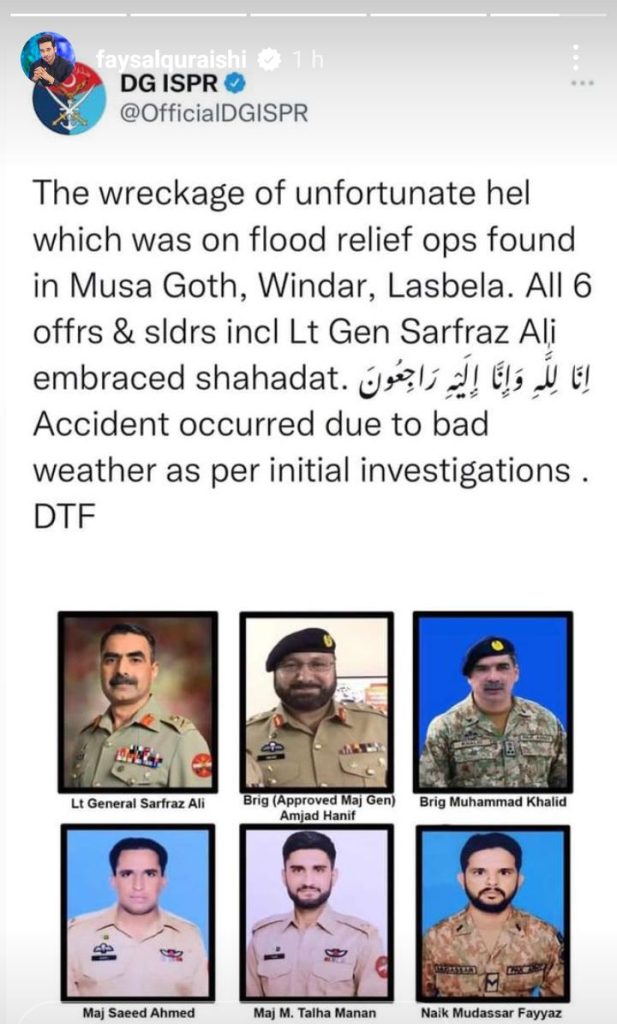 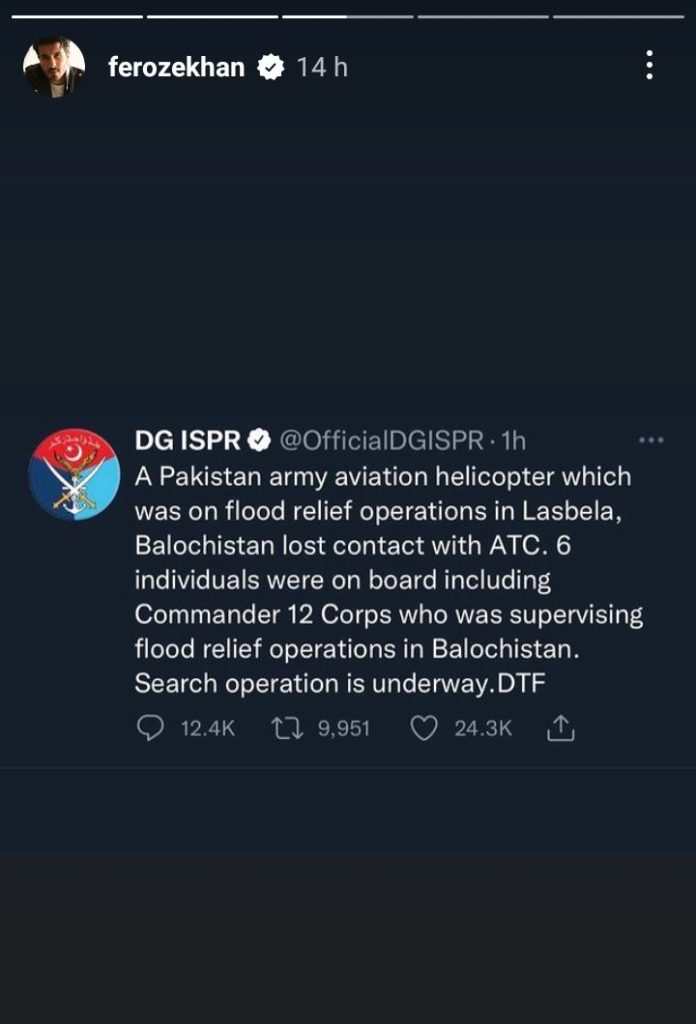 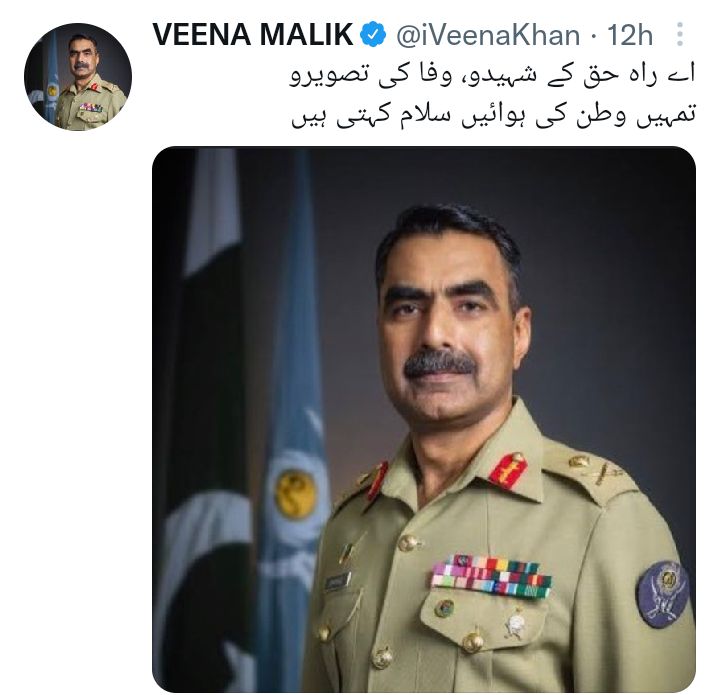 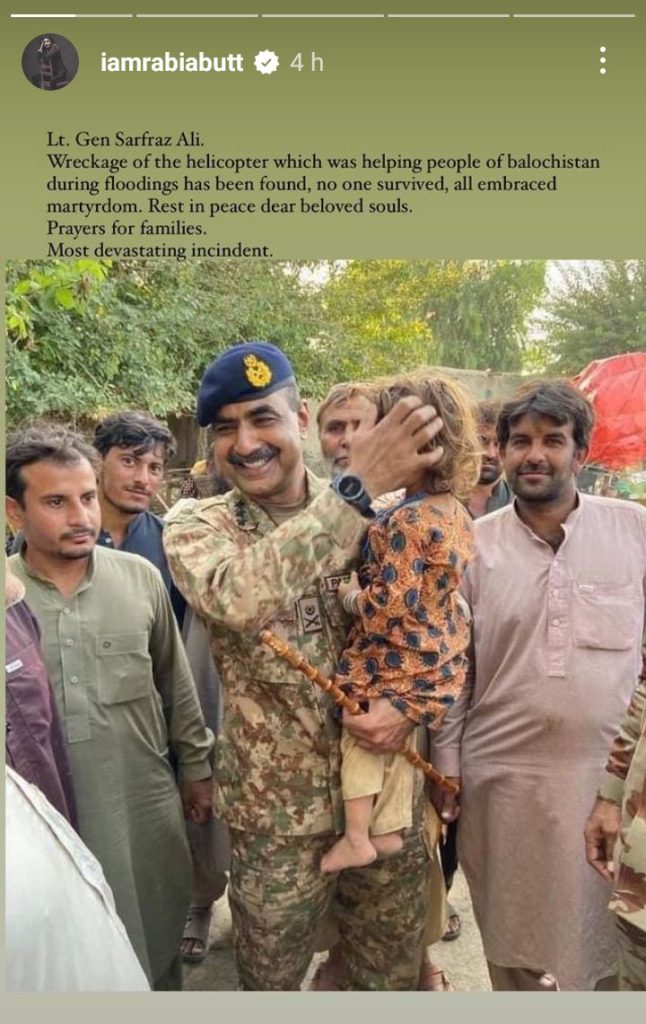 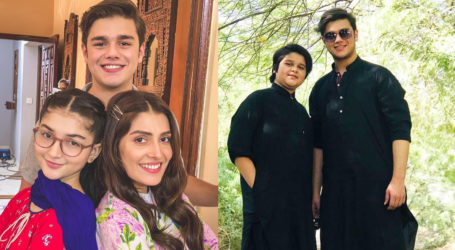 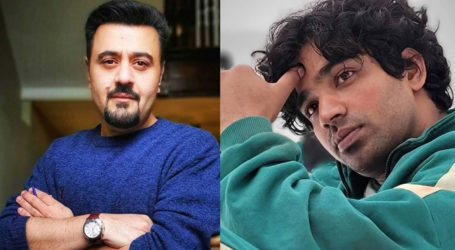 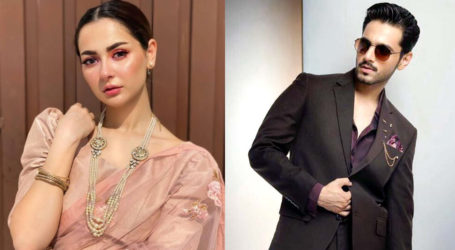