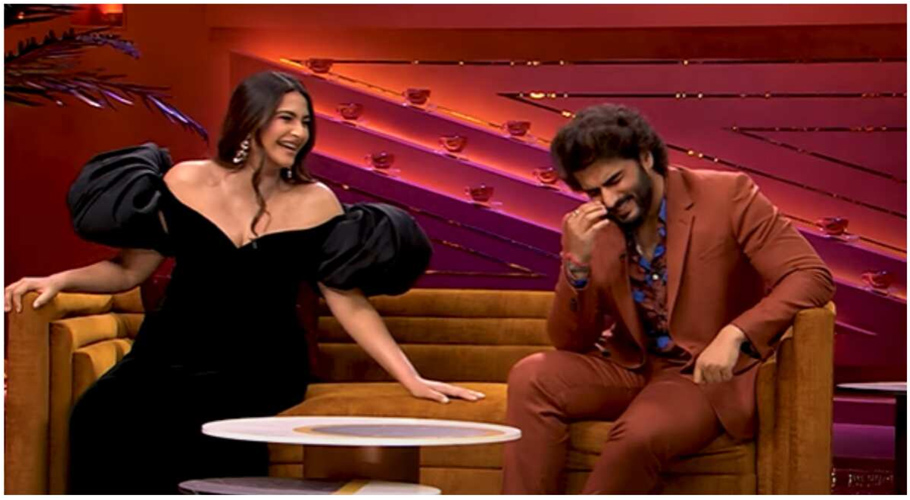 Sonam Kapoor and Arjun Kapoor have been revealed as the latest guests on Koffee with Karan. The cousins will appear on the next episode of the popular chat show, hosted by Karan Johar. Koffee with Karan returned for a seventh season in July, and has aired five episodes that received mixed reactions from fans.

A heavily pregnant Sonam wore a black dress to the show, while Arjun wore a tan jacket. Sonam has made a reputation for herself as among the most controversial guest in the show’s history, with numerous headline-making statements to her credit. In the past, Sonam caused a stir with her comments about Ranbir Kapoor not being good boyfriend material, and about the assumption that plain-looking actresses are all talented.

She appears to be in fine form this season as well, at least as far as the one-minute teaser is concerned. Sonam revealed that her brothers have a ‘relation’ with all her friends, and that between them, ‘there’s no one left’. Arjun was scandalised. He said, “What kind of sister are you? What are you saying about us?”

He said that it feels like he’s been called on the show only to be trolled by Sonam. “Sonam is back, ladies and gentlemen!” Arjun declared. But this was before Sonam seemingly didn’t know the name of Ranbir’s upcoming film, the Rs 300 crore, 10-years-in-the-making epic, Brahmastra. She described it as ‘Ayan’s film’, and when co-producer Karan asked her if she knew what it is called, she fumbled, and called it “Shiva number 1.” Arjun face-palmed, and sighed, “You’re a mess, yaar Sonam.”

Karan also asked Arjun about how he has saved the contact of girlfriend Malaika Arora on his phone. The actor replied that it’s Malaika because he likes her name. He also spoke about how self-obsessed his cousin his. “She doesn’t wait for others to compliment her,” Arjun joked, to which Sonam said that it’s the part of being Anil Kapoor’s daughter.

They will appear on Thursday’s episode of Koffee with Karan. 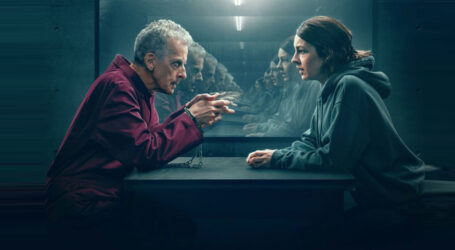 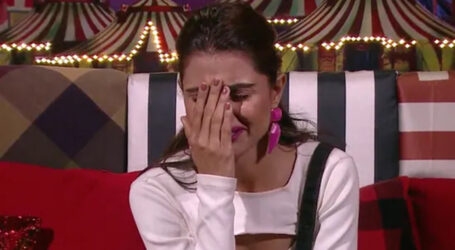 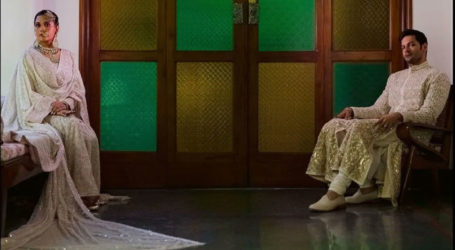