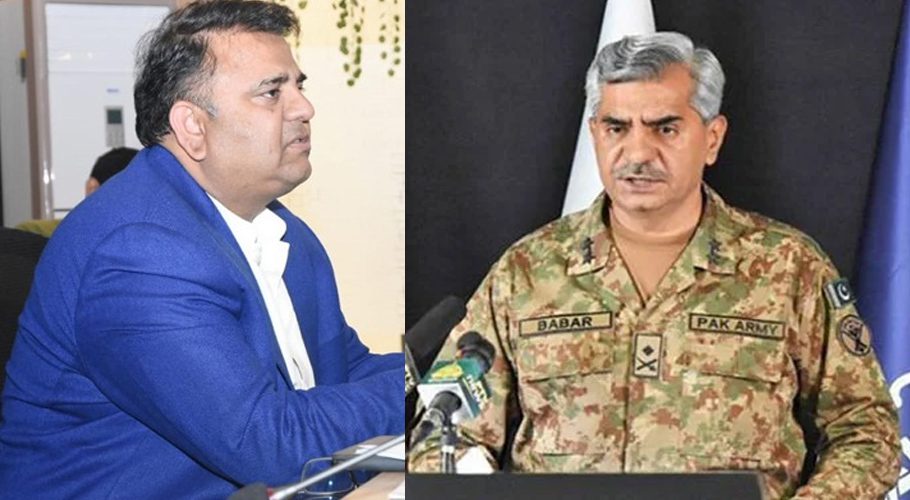 RAWALPINDI: Former federal minister and PTI leader Fawad Chaudhry and Pakistan Army on Sunday denied a story run by British Broadcasting Corporation (BBC) related to the ouster of former Prime Minister Imran Khan and the events at the PM House in the wee hours of Saturday.

Fawad in his Tweet added that the news is a blatant lie of the BBC.

The ISPR said that BBC Urdu story published today is totally baseless and a pack of lies.

It said that there is no truth in the fake story whatsoever and clearly seems part of an organised disinformation campaign. “The matter is being taken up with BBC authorities.”

What was in BBC’s story?

Fawad Chaudhry has shared the link of the said news of BBC Urdu on Twitter, according to which the British broadcaster has said in secret words that the then Prime Minister Imran Khan wanted to remove the Army Chief General Qamar Javed Bajwa.

The British broadcaster quoted sources as saying that the former prime minister had expected the newly appointed officials to reach the Prime Minister’s House in a helicopter, but this did not happen and two uninvited guests arrived with extraordinary security and held a prolonged meeting with the premier which was not ‘pleasant’

It is pertinent to mention here that Imran Khan was ousted as prime minister (PM) as the no-confidence motion moved by opposition parties against him succeeded on Sunday night.