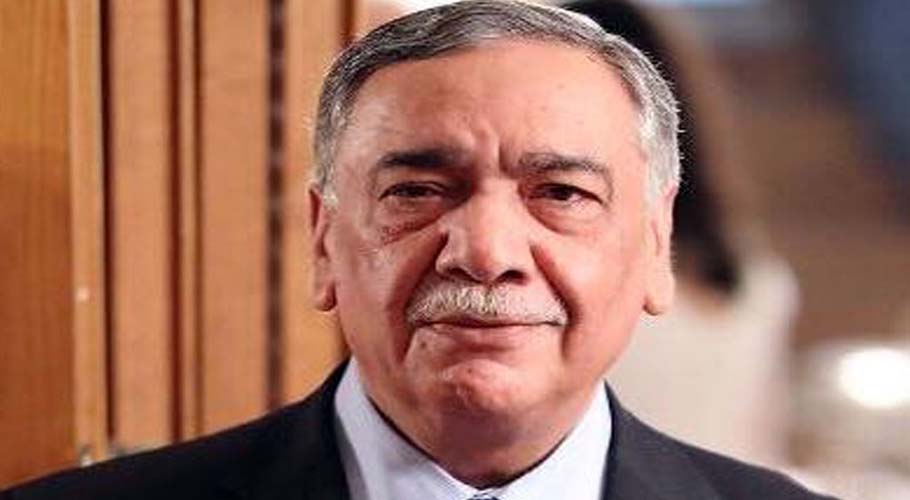 ISLAMABAD: Former chief justice of Pakistan (CJP) Justice retired Asif Saeed Khan Khosa does not have and never had any Twitter or Facebook account, a statement issued by the former CJP’s secretary said Wednesday.

According to the statement, any tweet or post on any social media accounts attributed to him is “absolutely fake”.

Earlier, a Tweet under the name of the former Top judge was circulating that he is saying that the Army has rescued Imran Khan from the bog and PDM is trapped in it. Now they all are seeing the situation and enjoying the position of PDM. 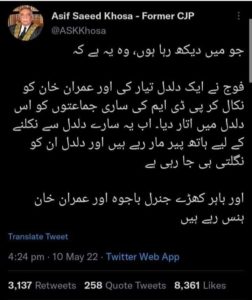