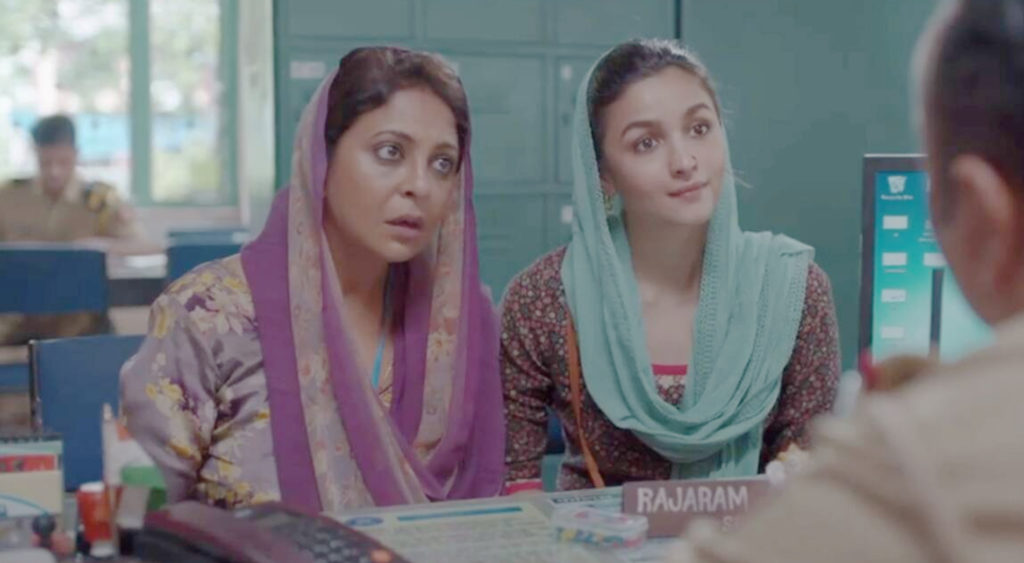 With performances of Alia Bhatt, Shefali Shah, and Vijay Varma in leading roles that serve as the icing on the cake, the movie ‘Darlings’ has become the talk of the town just within a few hours of its release.

Many loved the concept, many loved the cast and most of them loved the plot of the story which is quite unique. But the movie is still being called out for promoting domestic abuse.

Darlings is the story of a woman named Badrunissa aka Badru (Alia Bhatt) who is trapped in a violent marriage. Her mother is  Shamshunissa Ansari aka Shamshu, played by Shefali Shah.

Badru and Hamza Sheikh (Vijay Varma) are in love with each other and they decided to get married.

It is a story about a husband, who is an alcoholic as well, who keeps beating his wife; and the wife who keeps believing, in a curdled mix of hope, that ‘one day he will change’.

The film is written and directed by Jasmeet K Reen and tells the story of a mother-daughter duo, who finds courage and love in trying times.

The dark comedy movie is set against the backdrop of a conservative lower-middle-class neighborhood in Mumbai. The film is written and directed by Jasmeet K Reen and it is streaming on Netflix.

The movie is on point, from the husband beating his wife to the wife believing once they will become parents, her husband will change. However, a few people disliked the idea of the movie is promoting domestic abuse against men.

In the first half, the wife who has seen enough of abuse physically and emotionally and the price she had to pay for not filling a case against her husband over domestic violence was that she ended up losing her unborn child.

About two in five of all victims of domestic violence are men, contradicting the widespread impression that it is almost always women who are left battered and bruised, a new report claims.

Men assaulted by their partners are often ignored by police, see their attacker go free and have far fewer refuges to flee to than women, says a study.

The same goes in the movie, in the second half, the wife decides to treat her husband the same way she was physically abused. She drugs him, hits him, tortures him, and makes him eat inedible food.

She even tries to kill him too but won’t give a single thought to leaving him, divorcing him, and moving on in his life. The movie has all the elements; funny and disturbing but for sensitive people, it is a trigger because it’s all about violence.

No matter how cruel your partner is, there is always always a choice. In the end, after so much trouble, the wife indeed decides to move on for her betterment and leaves her husband. She later comes to know that her mother in the past killed her father because of the same issue; domestic abuse. Surprisingly, her daughter supported her decision which is in any way not acceptable and quite barbaric.

Contrary to the trailer, Darlings isn’t quite a dark comedy or a twisted suspenseful thriller. Told in a linear, simplistic fashion, the film is about an abuser exploiting his partner over a man versus woman battle.