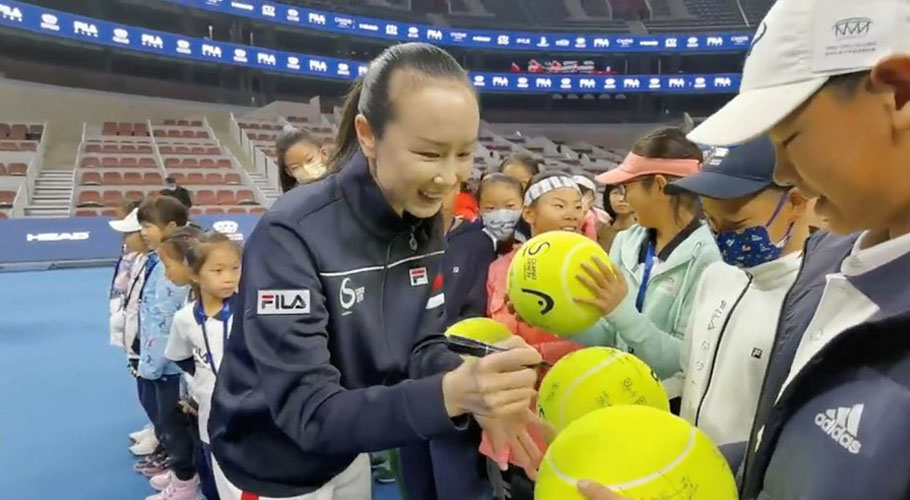 Photos and videos of Peng at a children's tournament in Beijing were published. Source: Reuters.
November 22, 2021

BEIJING: Chinese tennis star Peng Shuai had a video call on Sunday with the president of the International Olympic Committee (IOC) and told him she was safe and well after Western governments expressed mounting concern for her well-being.

Photos and videos of Peng at a children’s tournament in Beijing published earlier in the day had done little to quell that unease, following a nearly three-week public absence after she alleged that a former senior Chinese official sexually assaulted her.

In a statement, the IOC said Peng began the 30-minute call with its president Thomas Bach by thanking the Olympic organisation for its concern. “She explained that she is safe and well, living at her home in Beijing, but would like to have her privacy respected at this time,” the IOC’s statement said. “That is why she prefers to spend her time with friends and family right now. Nevertheless, she will continue to be involved in tennis, the sport she loves so much.”

IOC President Thomas Bach was joined by the Chair of the IOC Athletes Commission, Emma Terho, and IOC Member in China Li Lingwei, who has known Peng Shuai for many years from her time in the Chinese Tennis Federation.

“I was relieved to see that Peng Shuai was doing fine, which was our main concern. She appeared to be relaxed. I offered her our support and to stay in touch at any time of her convenience, which she obviously appreciated,” said Emma Terho. At the end of the call, IOC President Bach invited Peng Shuai for dinner once he arrives in Beijing next January which she gladly accepted.

France’s foreign minister had earlier called on the Chinese authorities to provide more reassurance, echoing a statement by the Women’s Tennis Association that the images of Peng at the tournament were insufficient proof. The United States and Britain had also called for China to provide proof of Peng’s whereabouts.

Current and former tennis players, from Naomi Osaka to Serena Williams to Billie Jean King, had joined the calls seeking to confirm she was safe, using the social media hashtag #WhereIsPengShuai? Novak Djokovic said it would be strange to hold tournaments in China unless the “horrific” situation was resolved.

On November 2, Peng posted on Chinese social media that former Vice Premier Zhang Gaoli had sexually assaulted her several years ago.  Peng’s social media post was quickly deleted and the topic has been blocked from discussion on China’s heavily censored internet.

The event’s official WeChat page showed photos of her at the tournament. Peng, 35, was the world No.1 doubles player in 2014, the first Chinese player to achieve a top ranking, after winning the doubles titles at Wimbledon in 2013 and the French Open in 2014.

On Saturday night, Peng visited a popular restaurant in downtown Beijing, according to a video posted that a restaurant manager confirmed. Seven people including Peng were at the Sichuanese restaurant, said the manager, adding that they ate in a private room and were joined by the restaurant’s owner.

A spokesperson for the Women’s Tennis Association (WTA), which has threatened to pull tournaments out of China, had said earlier that the photos and video were “insufficient” and did not address the WTA’s concerns. The International Tennis Federation (ITF) said it would continue to seek confirmation from Peng that she was safe. 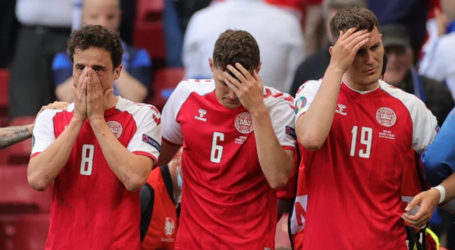 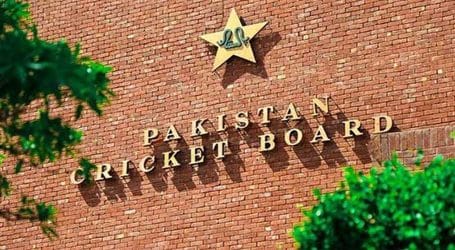