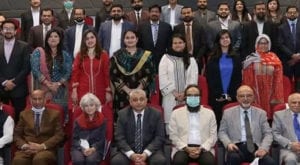 KARACHI: The government of Sindh will extend its full support in promoting Diploma Program in Employment Laws and Industrial Relations initiated by EFP in collaboration with IBA under the technical assistance from ILO. This was stated by Abdul Rasheed Solangi, 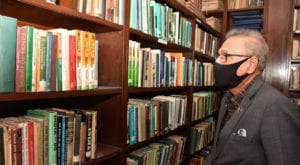 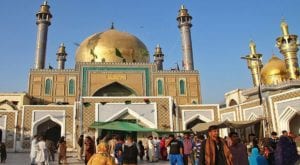 KARACHI: The Sindh government has announced to open shrines across the province including Karachi. In this regard, the Provincial Minister of Sindh for Auqaf has said that shrines across Sindh will be opened from tomorrow. As per the details, the 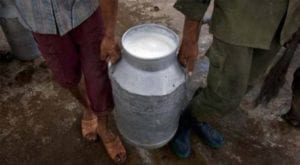 KARACHI: Dairy farmers have announced a massive Rs20 per litre increase in milk prices without any notification by official authorities. After the hike, the retail price of milk will be Rs140 a litre. This was announced by Dairy and Cattle 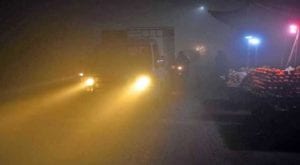 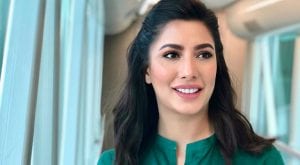 KARACHI: A new debate has been started on social media over the age of the stunning actress and Tamgha-e-Imtiaz recipient, Mehwish Hayat as the actress celebrating her controversial birthday today. According to her profile, Mehwish Hayat born on 6 January 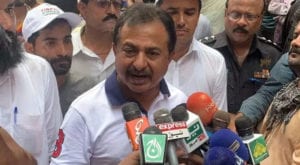 KARACHI: Pakistan Tehreek-e-Insaf (PTI) Vice President and Parliamentary Party Leader in Sindh Assembly, Haleem Adil Sheikh has alleged that the leaders of Pakistan Peoples Party (PPP) had destroyed all departments and looted public money in the name of the 18th 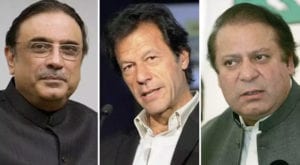 Under articles 218 (3) and 224 (3) of the Constitution and Section 107 of the Election Act 2017, organizing the Senate election is the constitutional and legal duty of the Election Commission of Pakistan. The ECP is the sole authority 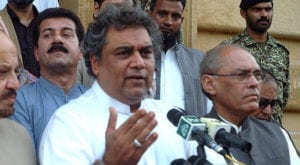 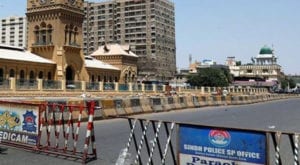 KARACHI: Micro smart lockdown has been imposed in District Central of Karachi for two weeks amid the second wave of the COVID-19. According to a notification issued by the Sindh government, three subdivisions of the district were put under micro 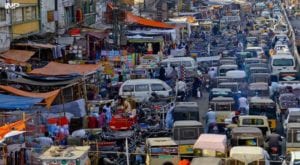 KARACHI: Additional Inspector-General (AIG) of Sindh Police Ghulam Nabi Memon ordered the immediate removal of encroachments from different areas of the city within two days. “Strict action would be taken against the concerned officials if they failed to remove the 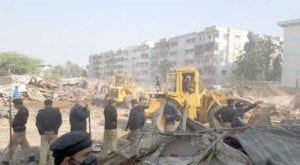 KARACHI: In a swift anti-encroachment operation conducted near Gillani station in Gulshan Iqbal area, Pakistan Railways Karachi has retrieved its land measuring 4 acres. According to a statement issued on Tuesday, the operation was carried out in tandem with the 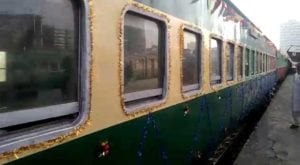 KARACHI; The Pakistan Railways (PR) has announced the resumption of Mehran Express, which will transport commuters between the southern port city and Mirpurkhas in Sindh. According to details, the Mehran Express will leave Karachi at 3:55pm and reach Mirpurkhas at 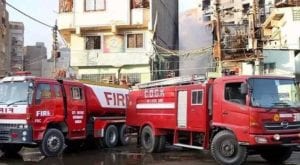 KARACHI: The Anti-Corruption Establishment (ACE) East Zone today (Saturday) has sought documents related to the employment of all station fire officers of the Karachi Fire Department (KFD). According to details, the corruption watchdog has issued a notice to the Senior 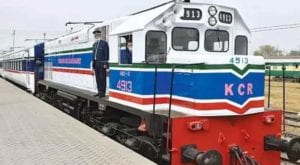 KARACHI: Karachi Circular Railway will take a year to fully restore while steps are being taken in this regard, its Project Director Ameer Dawood said. According to details, 24 bridges and underpasses will be constructed on Nazimabad to Gulshan-e-Iqbal railway 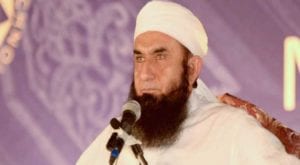 KARACHI: Renowned religious scholar, Maulana Tariq Jamil, has tested positive for the novel coronavirus today (Sunday). Taking to Twitter, the scholar announced that he tested positive for COVID-19 after he felt mild symptoms and was feeling down. He further informed 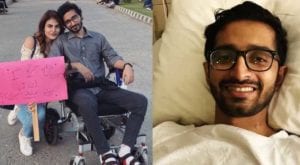 KARACHI: Dua Mangi, who was abducted by gunmen in Karachi’s Defence area in 2019, has launched a fundraising campaign for the treatment of a friend who risked his life to save her. Dua was abducted from Bukhari Commercial Area. Her 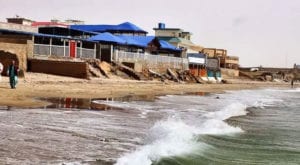 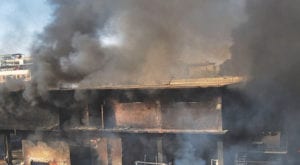 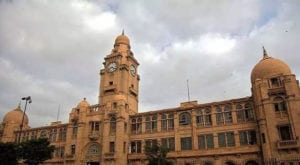 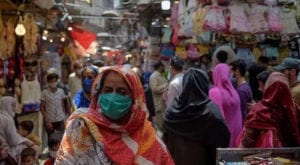 ISLAMABAD: Coronavirus claimed the lives of 59 more critical patients while 2,665 people tested positive for the virus during the last 24 hours in Pakistan. Pakistan has reported 59 deaths in the last 24 hours by novel COVID-19 as the 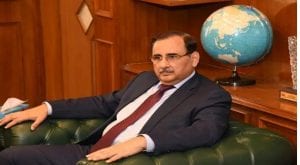 KARACHI: President Federation of Pakistan Chambers of Commerce and Industry (FPCCI) Mian Anjum Nisar has said that a remarkable decline in interest rates and reduction in duties on raw materials was expected to further spur economic activities in the current 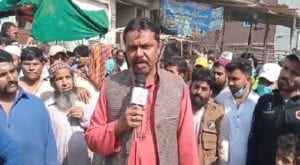 KARACHI: An anti-encroachment drive by the municipal administration in Karachi’s Mehmoodabad was postponed indefinitely after residents took over the fire station and blocked Korangi Expressway. According to details, the residents staged a protest against the Karachi Metropolitan Corporation’s drive to 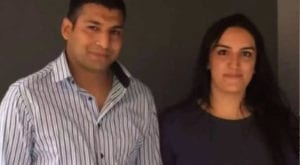 KARACHI: Daughter of PPP Co-Chairman and former president Asif Ali Zardari and late Benazir Bhutto, Bakhtawar Bhutto Zardari, is going to be engaged at the end of this month and will marry Mahmood Chaudhry on January 30 next year. Invitations 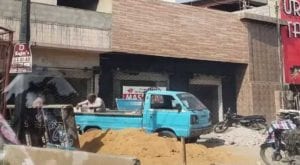 KARACHI: The Sindh Building Control Authority (SBCA) has failed to control illegal construction in the city, as the land mafia is continuously constructing an illegal structure in Gulshan-e-Iqbal Town. According to details, SBCA Director had issued a notification to the 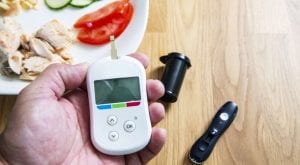 KARACHI: Professor Dr Shamim Qureshi Department of Biochemistry, University of Karachi has said it is very alarming that Pakistan is ranked fourth all over the world and ranked second out of 21 countries in the Middle East and North African 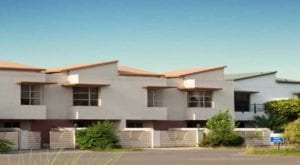 KARACHI: The Sindh Building Control Authority (SBCA) has released a list of illegal cooperative housing societies in Karachi’s Gadap Town, Malir Town, Gulzar-e-Hijri or Gulshan-e-Maymar. The building authority warned the general public not to engage in sale/booking, purchasing and any 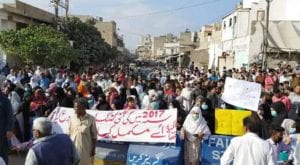 KARACHI: An-anti encroachment drive in Karachi’s Manzoor colony has been postponed after the residents staged a protest demonstration today (Thursday) to voice their reservations against the operation. Fearing homelessness, they took to the streets a day after authorities launched an 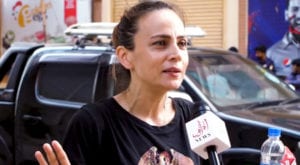 KARACHI: Yasmin Ali Zaidi (JAZZ), the wife of PTI leader and Maritime Affairs Minister Ali Zaidi has launched a drive to feed stray animals during the COVID-19 pandemic across the metropolis. According to Yasmin, “The lockdown has had a big 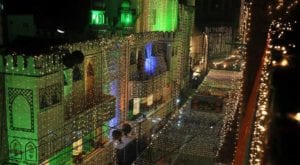 KARACHI: The faithful have started preparations to celebrate Eid Miladun Nabi (S.A.W) to be held on 12th of Rabiul Awwal (30th October Friday), with great religious fervour. According to details the mosques, homes and buildings across the metropolis with colourful