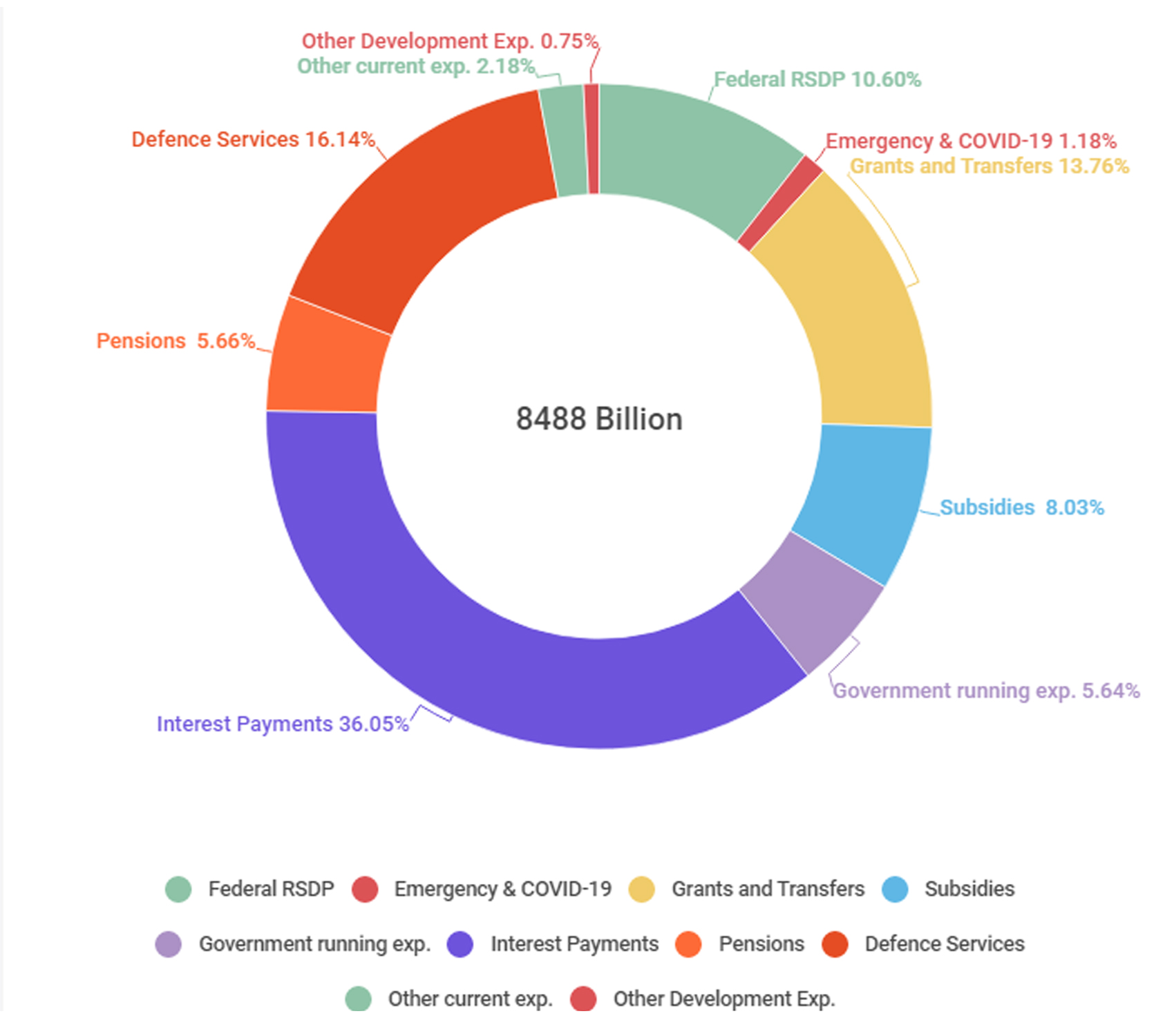 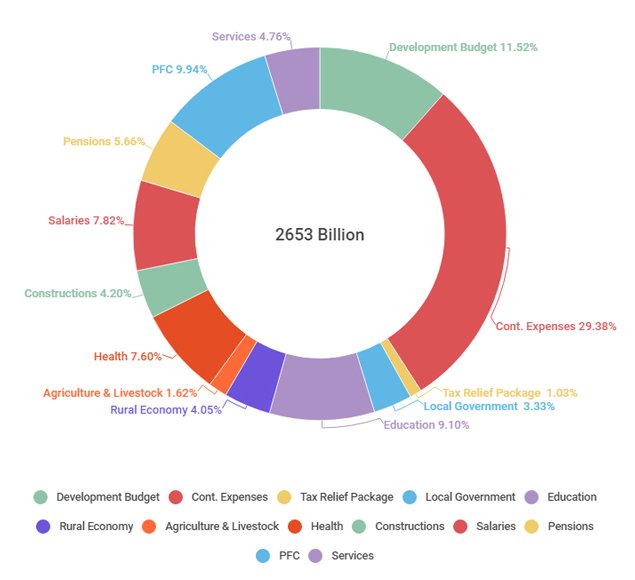 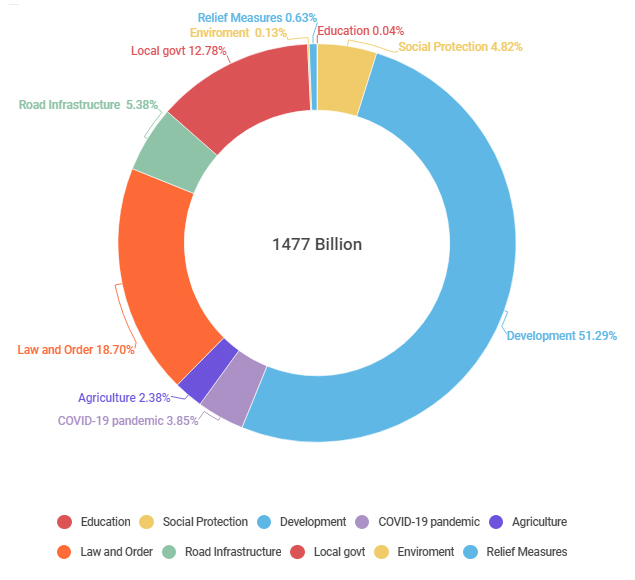 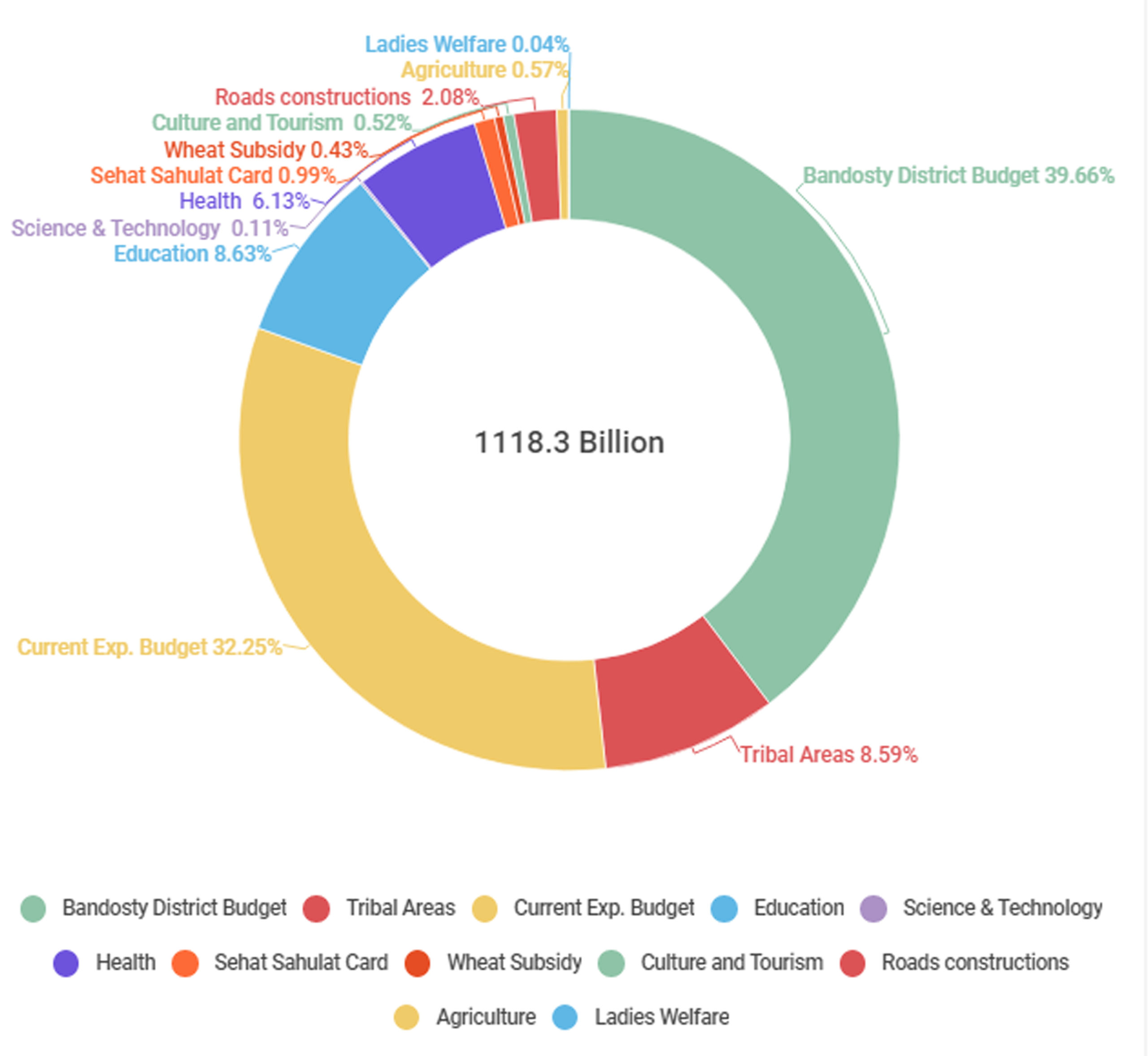 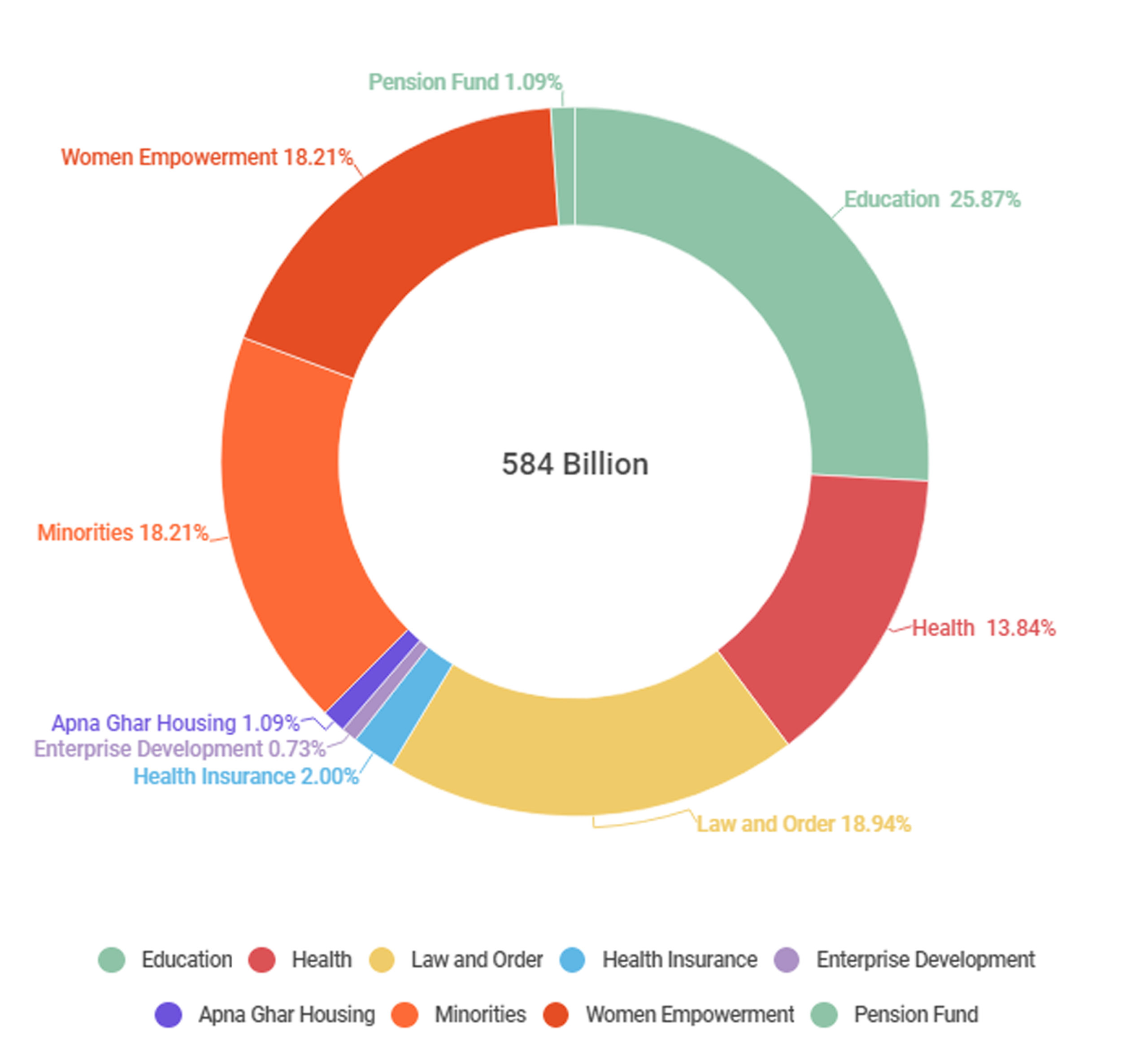 There has been a lack of education in our region. But if a person manages to acquire an education, he is free from slavery and gratitude of others. The more knowledge one acquires, it makes us humble as we have 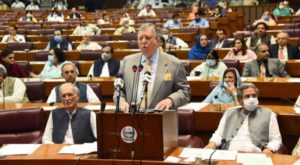 ISLAMABAD: Finance Minister Shaukat Tarin has defended the “budget of hope” presented for the FY21-22 and also announced adjusted revenue measures and spending plans in concluding National Assembly (NA) session. Responding to the recommendations made by the senators and Opposition, 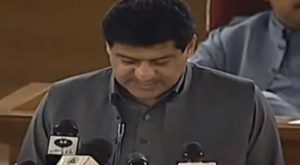 QUETTA: The Balochistan government on Friday unveiled its budget worth Rs584 billion for the fiscal year 2021-22 with a total development outlay of Rs237 billion without imposing a new tax. The budget session in the Balochistan Assembly commenced at least 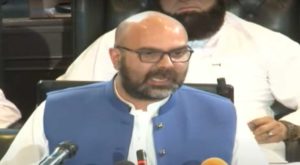 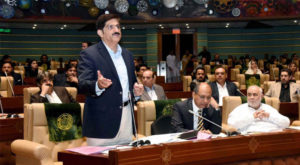 KARACHI: The Sindh government will present its budget for the fiscal year 2021-22 with an outlay of over Rs 1.3 trillion in the provincial assembly today on Tuesday. The Provincial Assembly of Sindh’s budget-2021-22 session has been summoned to meet 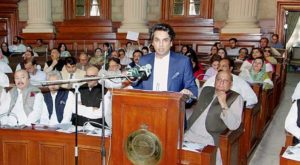 LAHORE: Provincial Minister for Finance Hashim Jawan Bakht on Monday presented the Punjab Budget 2021-22 in the provincial assembly with a total outlay of Rs2.653 trillion. Speaking on the provincial Assembly floor, the minister said the budget of Punjab would 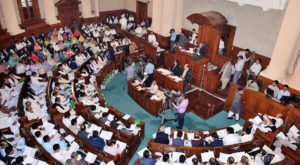 LAHORE: Punjab budget for the next fiscal year 2021-22 will be being presented in the provincial assembly in Lahore today on Monday. The 33rd session of the 17th Punjab Assembly is scheduled to be held at the newly-built assembly chamber at 2PM. Speaker Punjab Assembly Chaudhry Pervaiz Elahi is 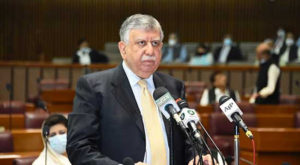 ISLAMABAD: Finance Minister Shaukat Tarin has presented the federal budget for the fiscal year 2021-22 in a special session of the National Assembly on Friday. The total size of the budget or the total expenditure budget for the next year 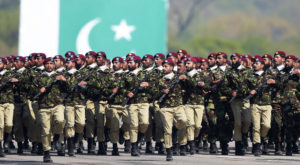 ISLAMABAD: The federal government has allocated Rs1.37 trillion for defence services in the budget for the fiscal year 2021-22, showing an increase of 6.2 percent. The proposed increase in the defence budget is less than recent years except for FY 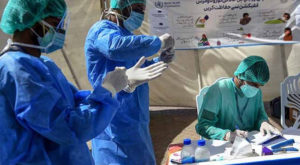 ISLAMABAD: The government has allocated an amount of Rs 21.72 billion for 20 ongoing and 26 new projects in the health sector under Public Sector Development Programme 2021-22. According to the budget document, an amount of Rs 13.07 billion has 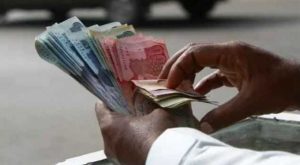 ISLAMABAD: The ruling Pakistan Tehreek-e-Insaaf (PTI) has announced the addition of an ad-hoc relief of 10 percent in the salaries and pensions of federal government employees. Announcing the budget on the National Assembly (NA) floor today (Friday), Finance Minister Shaukat 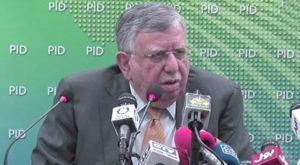 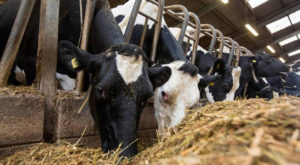 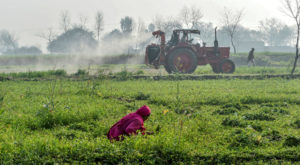 ISLAMABAD: Agriculture credit disbursement remained encouraging during the fiscal year July-March 2020-21 despite the global pandemic. According to the Economic Survey of Pakistan, agriculture lending institutions disbursed Rs 953.7 billion, which is higher than 4.6 percent as compared the disbursement 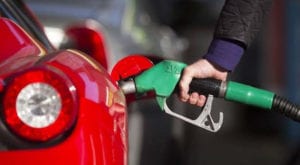 ISLAMABAD: The country’s consumption of petroleum products has increased from 12.5 million ton (MT) to 14.7 MT during first nine months (July-March) of the current fiscal year, posting a growth of around 17.6 percent. According to the Economic Survey 2020-21 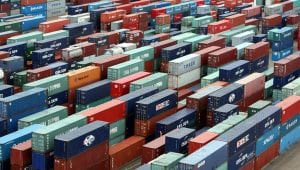 ISLAMABAD: Finance Minister Shaukat Tarin will unveil the National Economic Survey 2020-21 on Thursday (today) for the outgoing fiscal year to provide an overview of the national economy, highlighting performance and achievements in different sectors during the fiscal year. In 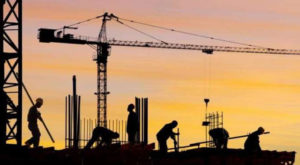 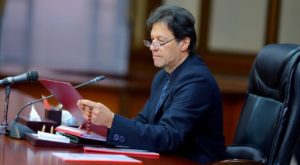 ISLAMABAD: A meeting of the federal cabinet chaired by Prime Minister Imran Khan will be held today in which the budget proposals for the next financial year will be considered. According to details, a 21-point agenda of the national and 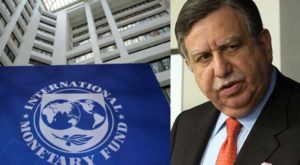 In a major development, the ruling Tehreek-e-Insaaf (PTI) acceded to the condition set by the International Monetary Fund (IMF) to impose income tax on monthly pensions in the next budget. The PTI government under the leadership of Prime Minister Imran

A common saying goes ‘Failing to plan is planning to fail’. Whether it’s our household expenses or the federal budget, we do not realize the importance of planning. We are tied to our archaic traditions and only lament on our

The month of May brings great hope and anxiety as we take a close look at each passing day and also take a keen interest in TV news and analysis. There is only one event we looking forward to –

The budget for the Fiscal year 2021-22 will be tabled on June 11. It will be the biggest test for the new Finance Minister Shaukat Tarin, who has already started preparations for the budget to bring out-of-the-box solutions this year 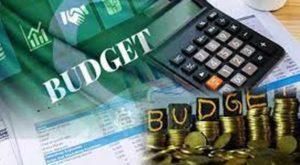 Keeping the third wave of coronavirus in view, Ministry of Parliamentary Affairs along with National Assembly secretariat has started preparation for the upcoming federal budget 2021-22 which is scheduled to be presented by the second week of June. It will 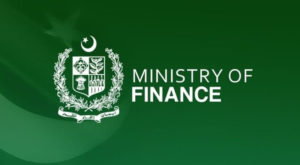 ISLAMABAD: The government has replaced the federal finance secretary two weeks ahead of the presentation of the budget for the next fiscal year. Yousuf Khan as the Secretary In-charge with immediate effect after relieving Fazal from his duty. Kamran Afzal 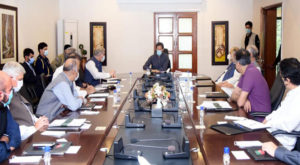 ISLAMABAD: Prime Minister Imran Khan has said that the government would focus on job creation and developmental projects for the 2021-22 budget while further reducing non-development expenditure. Chairing a meeting regarding the next fiscal budget and economic situation on Sunday,

!-- Root element of PhotoSwipe. Must have class pswp. -->